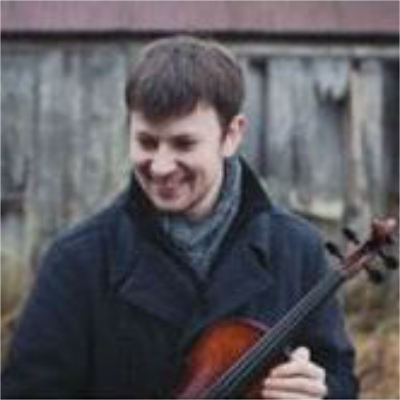 Highland fiddler Graham Mackenzie is originally from Inverness. He was twice a finalist in the BBC Radio 2 Young Folk Award, as well as being a finalist in the BBC Radio Scotland Young Traditional Musician of the Year.  In 2015, Graham was commissioned by Celtic Connections to write for the ‘New Voices’ series. His commission, titled ‘Crossing Borders’, was released as his debut album in September 2016 and has featured across BBC radio. Last year, Graham was nominated as ‘Composer of the Year’ at the Scots Trad Awards 2016.

Graham has performed with the Grit orchestra, Greg Lawson’s orchestration of Martyn Bennett’s album Grit and also with ‘The Undivided’, a folk/jazz fusion project fronted by Mike McGoldrick and Neil Yates. He is also a founder member of new folk band, Aizle who released their debut EP in January 2017 and remains the youngest ever winner of a Danny Kyle Open Stage award.

Graham has been teaching at GFW for two years and has also been a tutor at many Feisean weeks, the Fiddle Festival in Edinburgh as well as teaching privately.