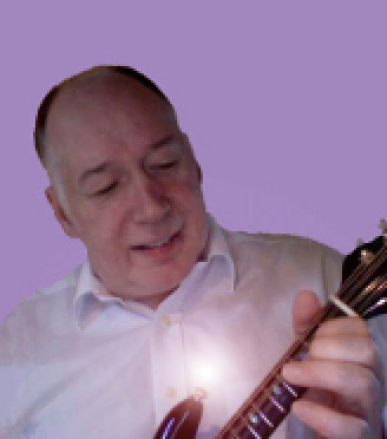 Nigel Gatherer has been involved with traditional music for more than thirty years, performing, teaching, collecting and publishing. Born in Edinburgh, his first instrument as a boy was ukulele. He progressed to guitar, then penny whistle. His older brother had a mandolin in the house, and he would sneak shots of it, thus beginning a love affair with all things mandolin.

In 1985 Nigel’s first book, Songs and Ballads of Dundee, came out to great acclaim. He has since published several more, including a popular set of session tune books. His web site, www.nigelgatherer.com, attracts people from all over the world and contains hundreds of tunes and historical information about Scottish folk music.

GFW celebrated 25 years in 2016, and Nigel compiled and printed a set of tunes from GFW tutors reflecting the broad range of instruments now taught at GFW.

Since starting to teach traditional music in 1996, Nigel has become a popular tutor around Scotland and beyond, regularly being invited to conduct workshops at festivals and summer schools. In 2009 he was nominated as Tutor of the Year in the Scots Trad Music Awards. In In 2017, Nigel was inducted into the Scottish Traditional Music Hall of Fame.

Nigel lives in Crieff with his partner June – an artist – and their dog Rhia.