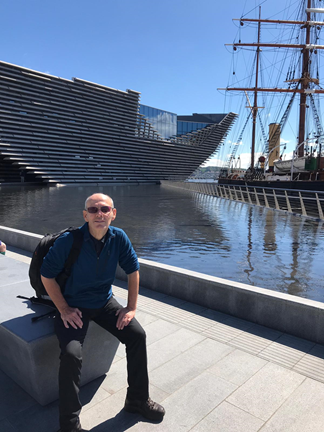 John attended GFW courses over a 10-year period taking mandolin, song and mixed instrument classes. He has also played mandolin in the Islay Pub Session since it started over 12 years ago and currently plays in 'Kelvin's Kats' - a band made up of several regulars from the pub session. He has been teaching music since retiring early from his profession.

Outwith music John's interests include walking, reading and gardening. He is also a member of Historic Scotland, The Scottish Wildlife Trust and The National Trust for Scotland.