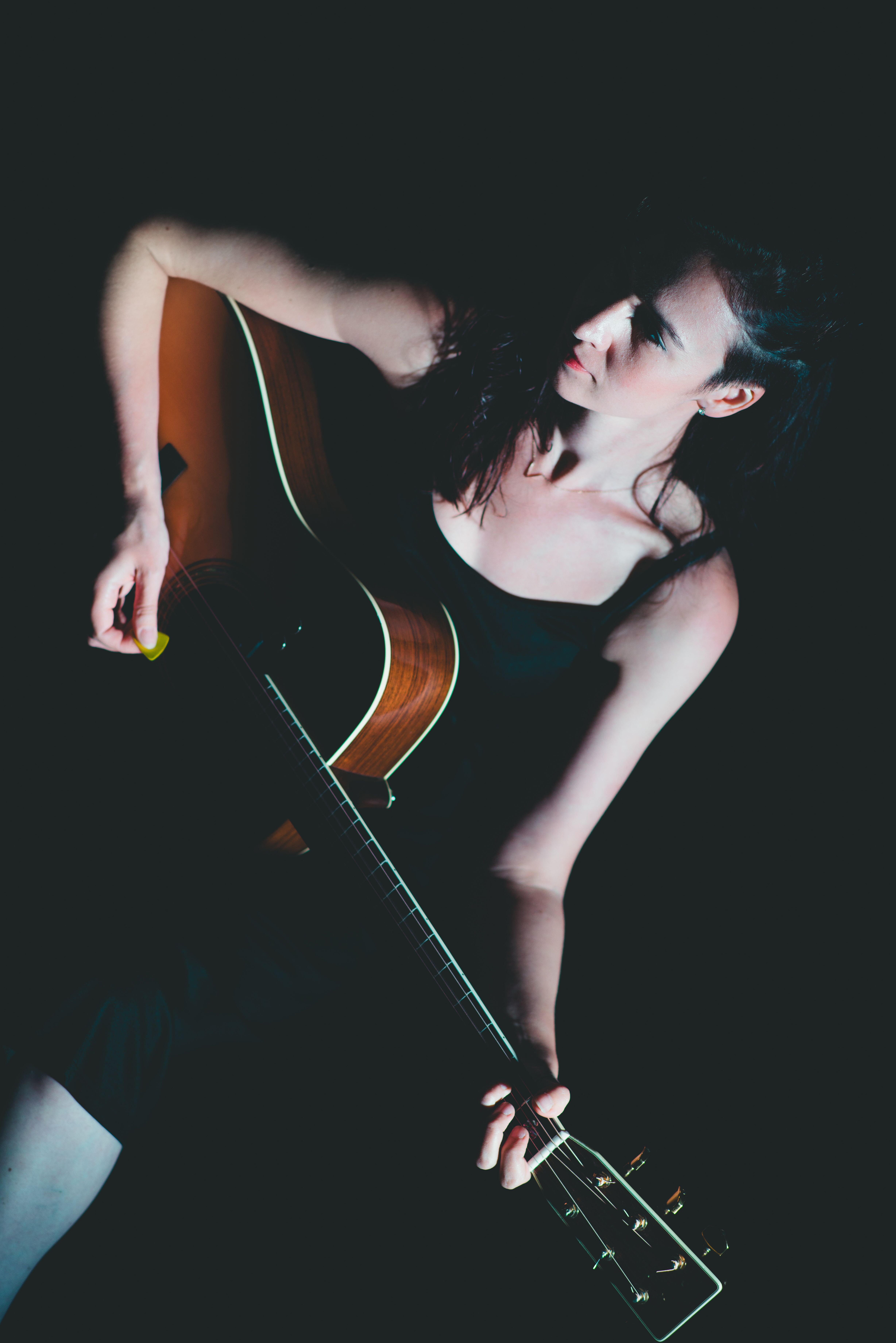 Jenn is one of the most notable folk guitarists in the UK acoustic music scene.  An excellent collaborator, she has been a key member of a range of high profile folk music projects, including Ross Ainslie and Ali Hutton’s SYMBIOSIS Big Band, Scots Trad Music Award / BBC Radio 2 Folk Award nominated Kinnaris Quintet, three Celtic Connections New Voices, four years on the BBC Hogmanay Live show as a member of the All Star House Band and recently a member of folk supergroup ‘Songs of Separation’ involving an array of prominent folk artists including Eliza Carthy, Lady Maisery and Karine Polwart.  The Songs of Separation album, conceived, arranged and recorded in just 7 days, won the title of ‘Best Album’ at the Radio 2 Folk Awards in 2017.

Based in Glasgow, Scotland, she is a lynchpin of the vibrant and thriving Scottish folk scene, performing regularly with a wide range of artists including her own projects ‘Jenn Butterworth & Laura-Beth Salter’, ‘Kinnaris Quintet’ and experimental folk-jam group ‘The Blas Collective’.

In recent years she has performed on a host of award winning and nominated studio albums, including Kinnaris Quintet’s ‘Free One’, which was longlisted for Scottish Album of the Year in 2019.  Kinnaris Quintet was also nominated for Folk Band of the Year at the 2018 Scots Trad Music Awards, and the Horizon Award at the BBC Radio 2 Folk Awards.

Jenn works as regular accompanist for acclaimed fiddle player Ryan Young; they were nominated for Folk Band of the Year at the Scots Trad Music Awards in 2018, and are the only UK act to have been selected to perform at Womex 2019 in Tampere, Finland.

Jenn is also a highly recognised teacher with a wide range of teaching experience, and was recently awarded ‘Tutor of the Year’ at the 2015 Scots Trad Music Awards.  She is Lecturer in Practical Studies in the Traditional Music Department of the Royal Conservatoire of Scotland, is a regular member of the teaching staff for Glasgow Folk-Music Workshop and has recently taught for Fèisean nan Gàidheal, the National Youth Folk Ensemble (EFDSS), Halsway Manor & Burg Fürsteneck (Germany).